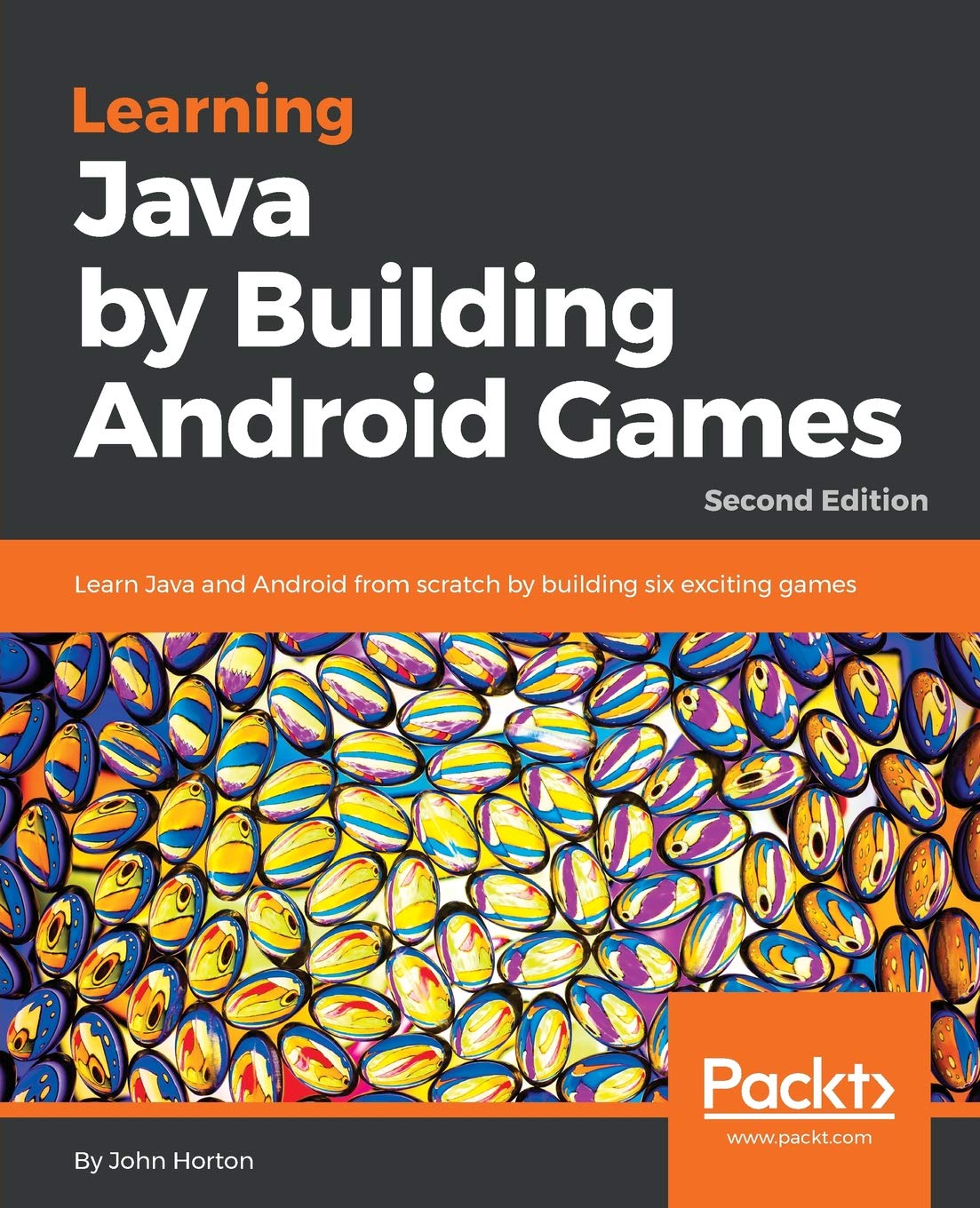 Develop engaging games for the Android platform with Java

Android is one of the most popular mobile operating systems. It uses the most popular programming language, Java, as the primary language for building apps of all types. Unlike others, this book doesn’t assume that youthat you already have Java proficiency.

This new and expanded second edition of Learning Java by Building Android Games teaches you to build Android games from scratch. The difficulty level will grow steadily as you explore key Java topics, such as variables, loops, and design patterns, including code and examples that are written for Java 9 and Android P.At each stage, you will put what you’ve learned into practice by developing a game. You will build games such as Minesweeper, Retro Pong, and Classic Snake. In the concluding chapters, you will create a time-trial, open-world platform game.

By the end of the book, you will not only have grasped Java and Android but will also have developed 6 cool games for the Android platform.

What you will learn

Who this book is for

Learning Java by Building Android Games is for you if you are completely new to Java, Android, or game programming and want to make Android games. This book also acts as a refresher for those who already have experience of using Java on Android or any other platform without game development experience.

(N.B. Please use the Look Inside option to see further chapters)

John Horton is a programming and gaming enthusiast based in the UK. He has a passion for writing apps, games, books, and blog articles. He is the founder of Game Code School.